Elia in a Box: The Webcomic

February 2009 - Present   |   Published Online at eliainabox.com
​Started my slice-of-life webcomic centered around the silly things in life. Eventually went on to get my own domain and post regular weekly comics.

Why America Sucks and Your Girlfriend's Not a Virgin

Elia vs. The World

Summer 2013 - Spring 2014   |   Printed in the UT Arlington Shorthorn
Illustrated a weekly comic strip for online and print featuring me and my silly experiences on campus.

The World According to Dr. Allan Saxe

Summer 2015    |   Independent Zine Publication by Carla Solórano
CHAVA Magazine, the inclusive women's magazine has a summer 2015 issue including a matcha nice cream recipe, feminist book recommendations for newbies, comics, poems and essays by and for a largely female-identifying audience.
Click here to purchase or download a copy of this zine!

2015    |   Independent Zine Publication by Jose Esquivel
A fanzine centered around Sailor Moon featuring the art contributions of many artists! I contributed a spoof comic poking fun at the series. 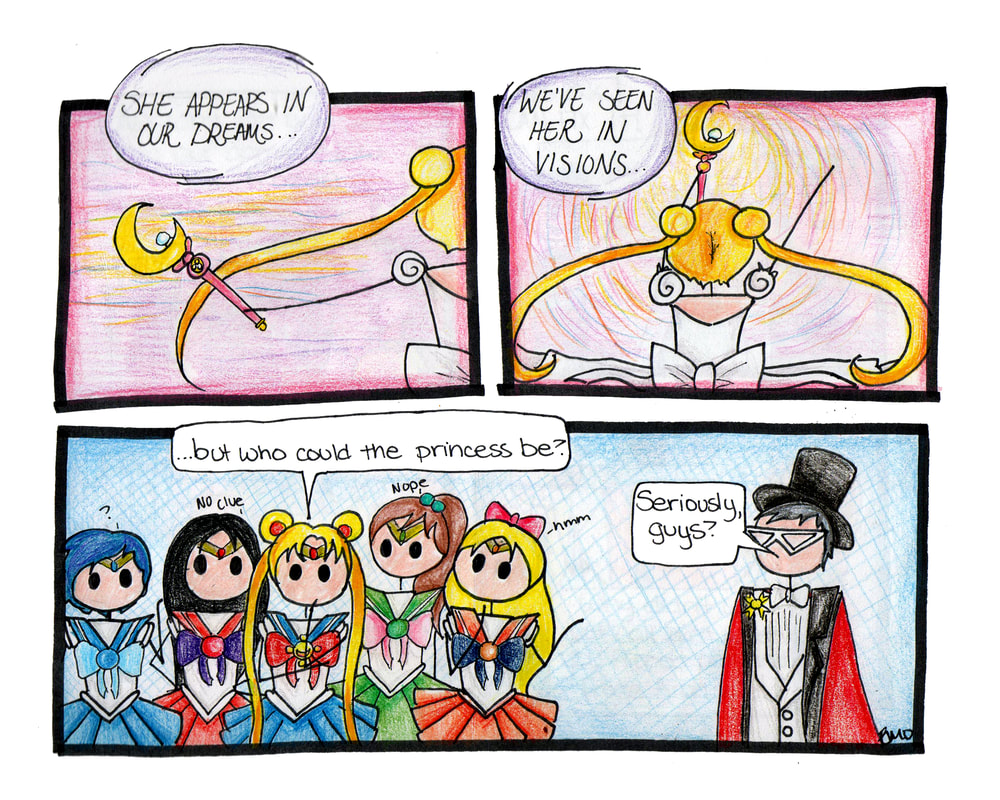